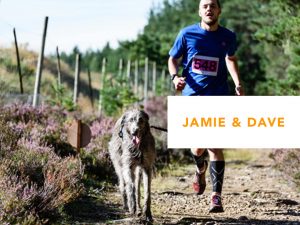 Hey, I’m Jamie and this is Dave the Scottish deerhound. We’re based in the Scottish Highlands and we live for running!

After starting in January we’ve worked up from 5 kilometers to 25 kilometer runs through the mountains.

We recently took part in our first canicross event and came out with a 4th place finish! This was partly thanks to the bark and ride bungee lead which worked well in the narrow, twisting terrain.

We’re also busy training up our new puppy, Angus the border terrier, who will be hitting the trails with us when he’s older.

When Dave isn’t running he loves nothing more than sleeping

Outside of running I’ve been working towards a career in animal conservation after gaining my honours degree in Zoology. Since then I’ve worked in Scottish Wildcat conservation, flown birds of prey, radio-collared red squirrels and now find myself working as a contractor for the Humane Society on international dog sterilisation projects that aim to eliminate rabies in less developed countries.

When Dave isn’t running he loves nothing more than sleeping like a log and munching down his massive raw meals. All that exercise works up a monster appetite! 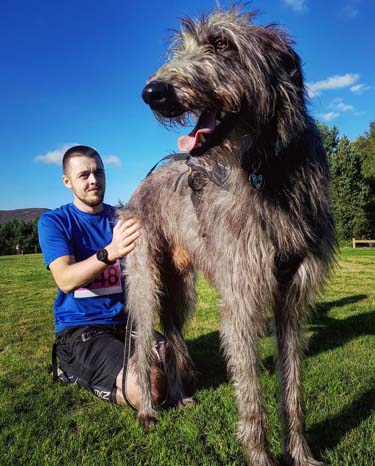 BACK TO THE REST OF OUR AMBASSADORS